“The Spring of Hope: Meaning and Understanding of Biblical Apocalyptic”
written by Dr Ivan Milanov

You will have heard of or read such titles in the news at least once. Whatever horrid event takes place, the adjective ‘apocalyptic’ seems to be a popular one that journalists and editors use to describe scenes of horror and gruesomeness that trigger emotions of fear, revulsion and hopelessness. Because the news industry communicates with a wide range of audiences, it counts on a pre-understanding of apocalyptic as something utterly negative and dreadful.

At best, this is only a partial description of the idea of apocalyptic in the Bible. Daniel and Revelation, the two apocalyptic books of the Bible, do describe horrible beasts that destroy; evil powers that terrorise the good folks; terrible punishments upon humans, animals and the land; and the lake of fire as the final place of destruction. If readers of Daniel and Revelation only focus on such characters and events, then it seems that the term apocalyptic deserves its reputation among the general public.

However, readers often miss that God and the description of His acts of protection and deliverance are also important part of the message of these apocalyptic books, and God and his acts are of key importance to fully understanding and appreciating the biblical concept of ‘apocalyptic’. Old Testament and New Testament Apocalyptic, a Department of Theological Studies (DTS) module taught in Newbold’s Bachelor of Arts in Biblical and Pastoral Studies, looks closely at Daniel and Revelation and provides students with the tools to better understand these apocalyptic books.

First and foremost, the books of Daniel and Revelation describe God as a wise and powerful character that is in control of human affairs in history. At no point in the history of events that are presented in Daniel and Revelation, when God is not capable of solving the crisis by defeating His enemies and delivering His people. Regardless how horribly the enemies of God are described and how terrible the crimes they commit in persecuting God’s people, God and His people will eventually prevail in the great controversy. God’s wisdom, omnipotence and ability to save has never been questioned in the apocalyptic books. As such, the apocalyptic books are source of consolation.

Secondly, God in Daniel and Revelation is also in control of humankind’s future. He, who has proven Himself a powerful God who has fulfilled His prophecies in the past, is also the God who will fulfil the prophecies of the future. Such dynamics point to the fact that the gloomy present is not going to last forever, and that God has prepared a glorious everlasting world as the final fulfilment of His grand plan of salvation. It means that humankind has a meaningful past that will culminate in a meaningful future. In the prophecies of Daniel and Revelation the present is built on the past and the future meets with the present. This experience is called hope.

Thirdly, another misconception about the apocalyptic books of the Bible is that they are very difficult to understand. At best, they are not easy to understand. However, there are several principles that can lead you towards an accurate and balanced understanding of Daniel and Revelation. First, it is stated that “none of the wicked shall understand, but those who are wise shall understand” (Daniel 12:10). The wise are not a group of people with special intellectual skills, but a group with special relationship with God in an extraordinary part of human history: they are the faithful ones of the last days. The wise ones have a role similar to the character of Daniel in Daniel 2:20–23: as God revealed to Daniel the meaning of Nebuchadnezzar’s dream, God will reveal the meaning of Daniel’s visions to the wise (faithful) ones in the last days. Hence, a readiness to fulfil the revealed will of God is the first condition of having an accurate and balanced understanding of the Bible in general, and the ‘apocalyptic’ books in particular.

Finally, interpreting the apocalyptic books with a knowledge of the original languages of Daniel (Hebrew and Aramaic) and Revelation (Greek) is another important step in acquiring a better understanding of these books. Although the Adventist pioneers were able to understand a significant part of Daniel and Revelation, the applied knowledge of the original languages will significantly expand the reader’s understanding of the term apocalyptic in comparison to that of the pioneers, and result in a deeper relationship with God. Studying Old Testament and New Testament Apocalyptic at Newbold offers a high quality learning experience that teaches students to interpret the biblical text in its original languages.

Acquired knowledge from the rest of the Bible and extra-Biblical sources also enhance the interpretative skills of those who study Daniel and Revelation. Having such knowledge enables the reader to critically evaluate other interpretations of the apocalyptic books and find their way to the best possible understanding of biblical apocalyptic.

The acquired knowledge and skills in understanding the apocalyptic books are not goals in themselves. After the successful completion of Old Testament and New Testament Apocalyptic you will be able to pass on this knowledge and enable other people to enter into a better quality relationship with God – and this will be only a part of your experience in studying biblical apocalyptic.

Join us at Newbold and experience much more of this spiritual journey, become an inspiration for others to know God and have fulfilled life.

Maximise your employability while inculcating a desire and passion for life-long learning and personal development. 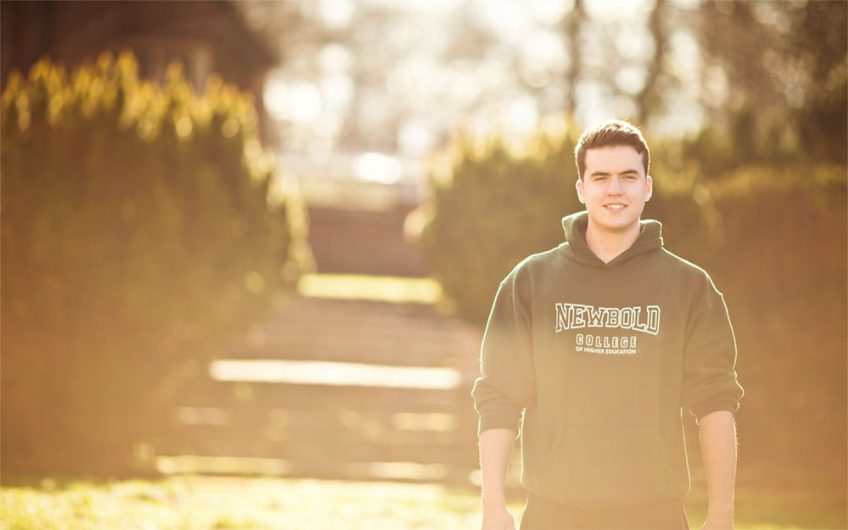 Be inspired to renew your ministry. Reflect and learn; find time to grow.